Steve Birt visited the Lower Moor Farm reserve at CWP today, and as well as picking up on Broad-bodied Chaser  and Common Blue Damselfly [first there for the year], he saw and photographed a teneral male Red-eyed Damselfly. This is [as far as I know] the first sighting of this species for Wiltshire this year :o) 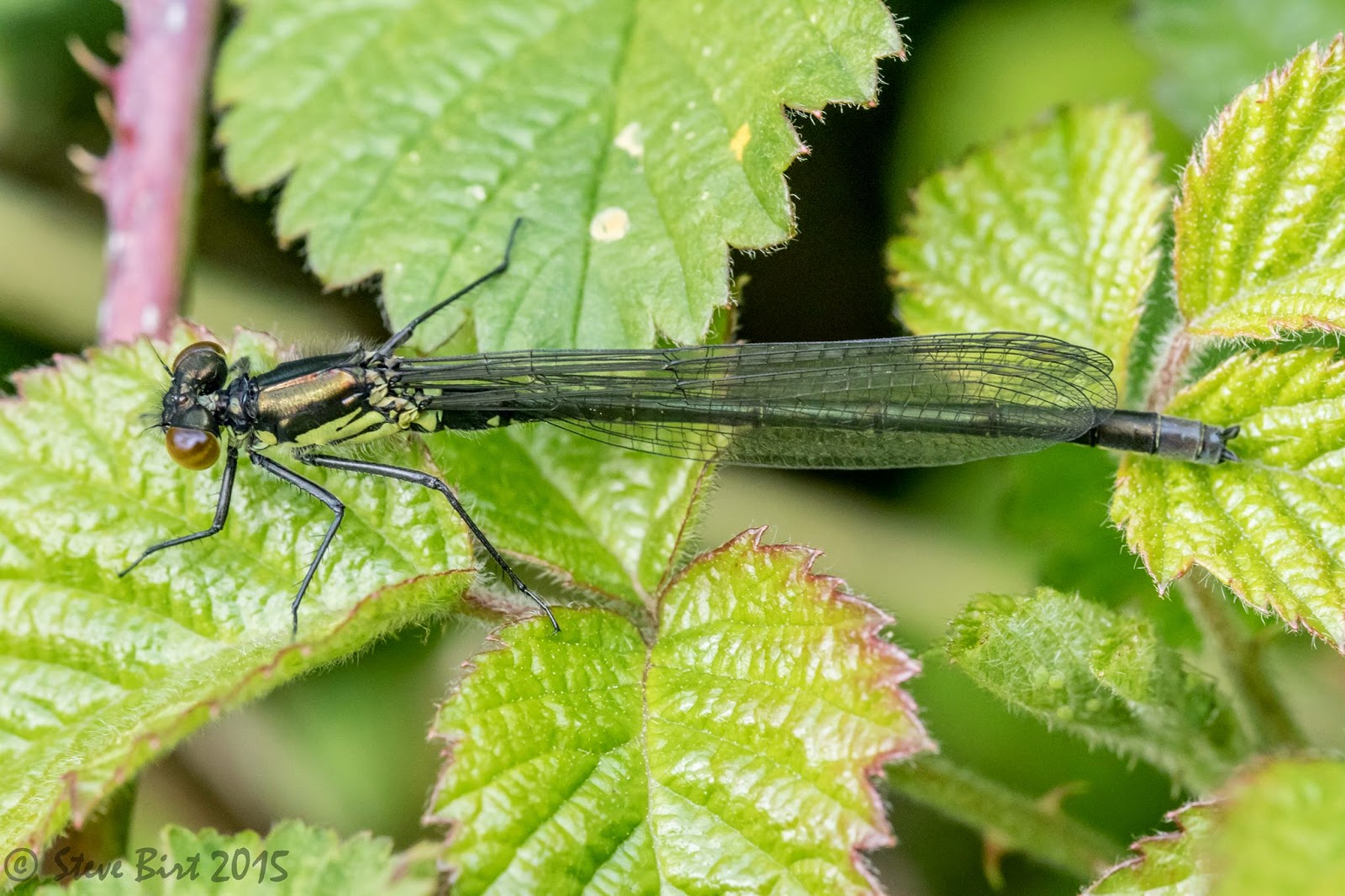 Also, Steve had a fleeting glimpse of a red darter type dragonfly. But before he could confirm it's ID it flew off into an area that is currently out of bounds due to nesting Grey Herons. It is very likely this could have been a Red-veined Darter given the early date - but we shall probably never know.....
Posted by Steve Covey at 17:02 2 comments:

Another 'burst' of new species for the year!

I visited Stanton Park [Dragon Ponds] just outside Swindon today after a tip off from Gary Chalker about Chasers there [which he saw on 27th]. Sure enough there were at least 5 immature Broad-bodied Chasers and I watched a male 4-spotted Chaser take what was probably his maiden flight!
Also there were a few immature Azure Damselflies and a single Large Red. 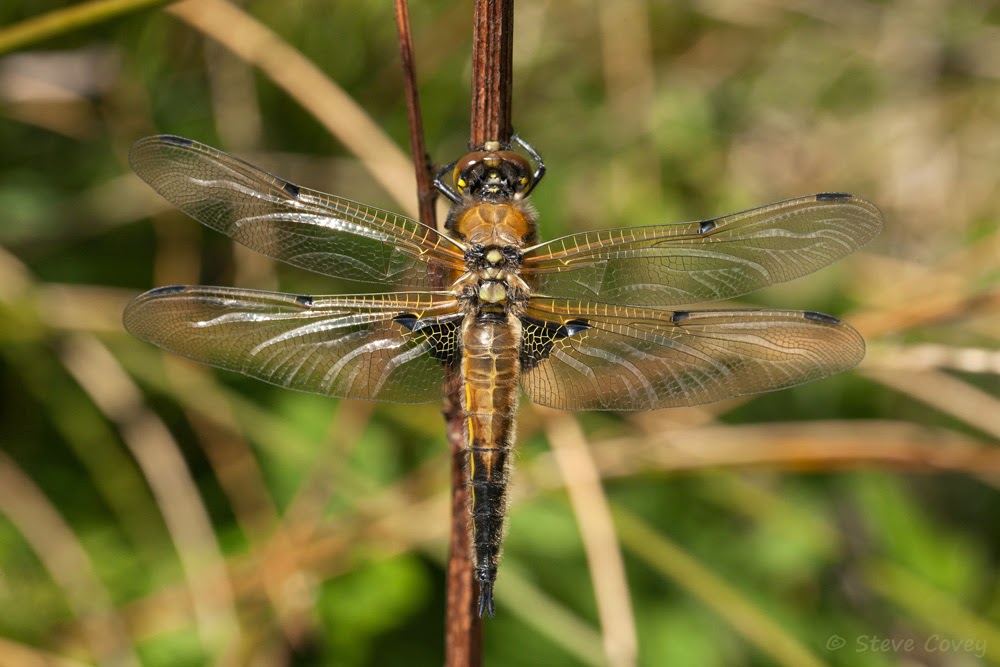 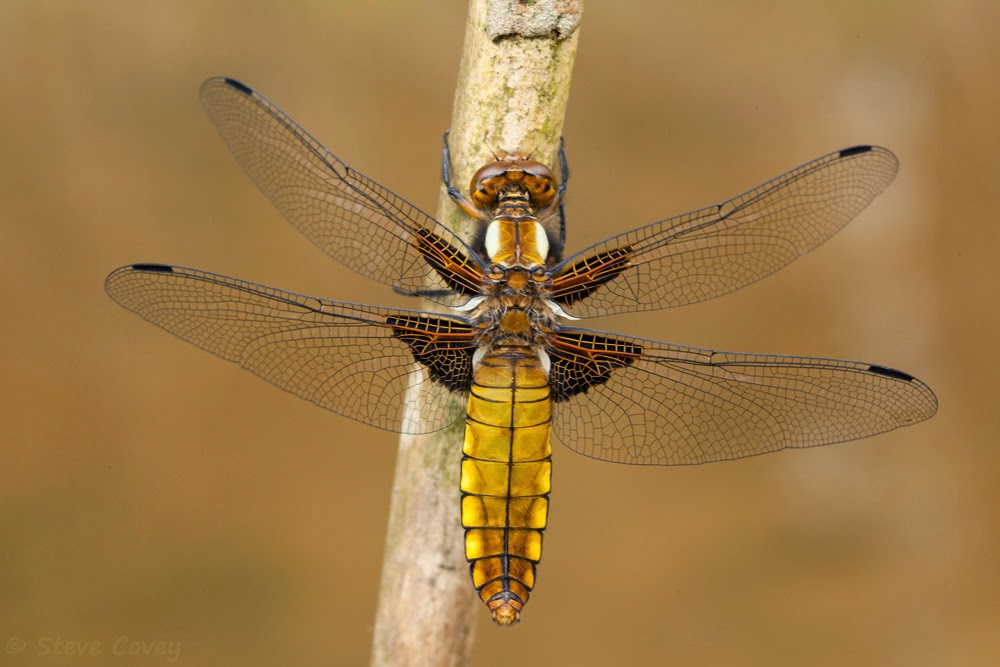 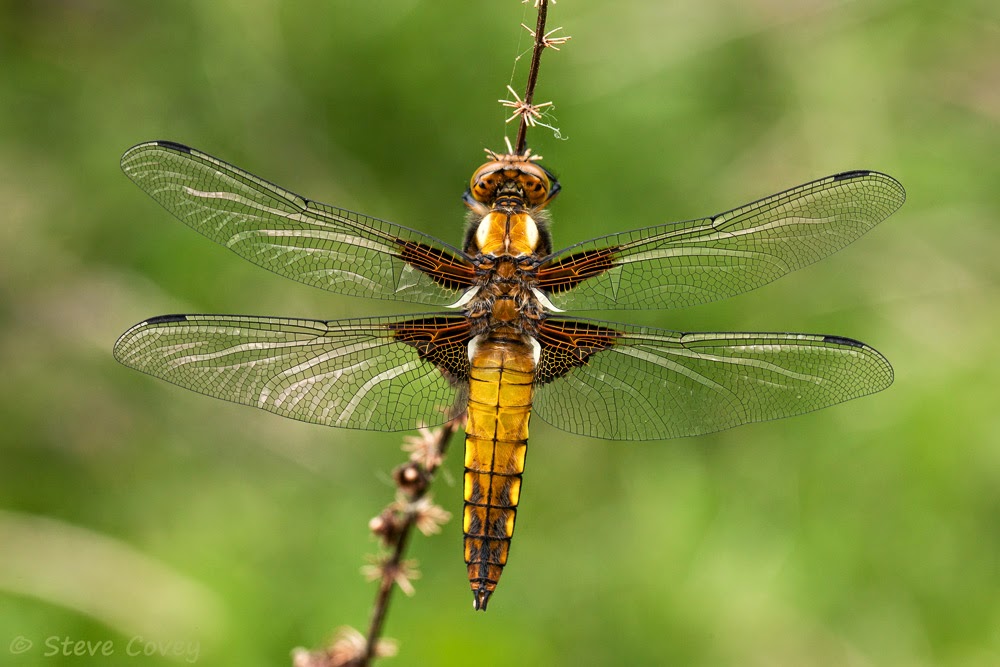 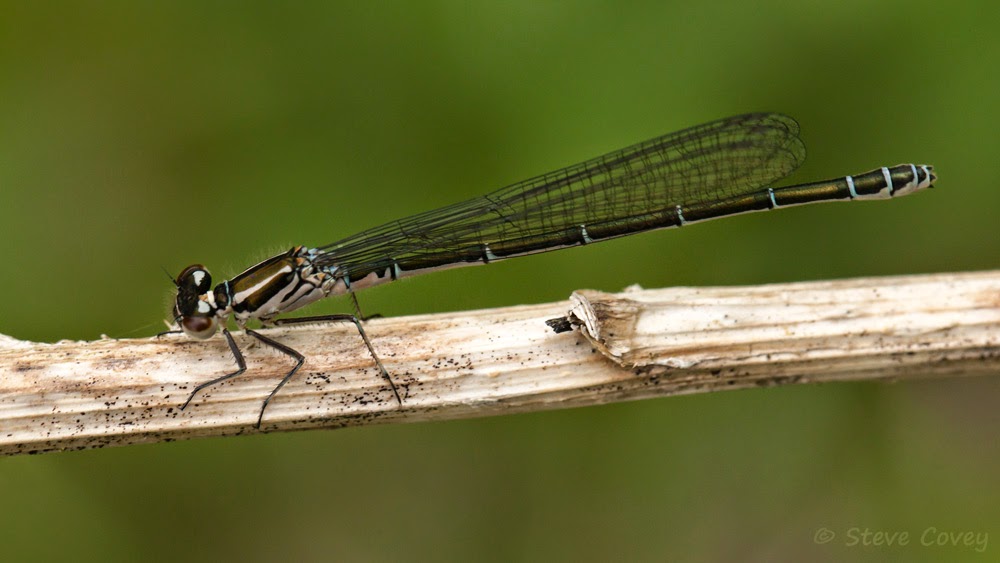 I've also received news from Gareth Harris that he's found 4 exuviae of the Hairy Dragonfly in the same undisclosed site in the CWP as last year, when we found 2. So hopefully the population is expanding and flying adults will be soon available in more accessible sites there! He also found Blue-tailed Damselflies nearby on 28th April.
The forecast doesn't look so good for the next few days so will probably be after the bank holiday before more site visits will be feasible...
Posted by Steve Covey at 23:10 1 comment:

Having just checked Living Record I can see that Large Reds have now been spotted at various locations across the county and, on the above date, Paul Winter saw a teneral Broad-bodied Chaser at Cadnam Common Pond. He returned the following day and got a stunning shot of what is probably the same individual. 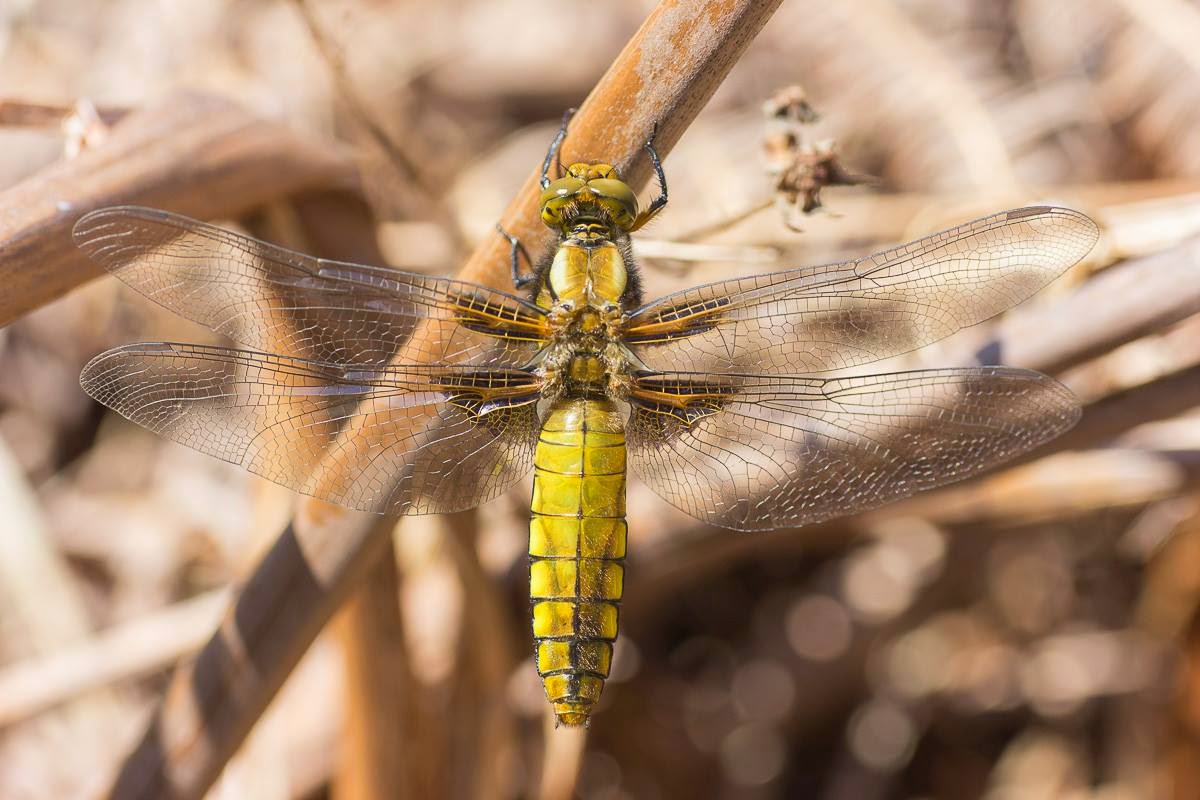 27th April 2015.
I made an impromptu visit to the CWP today as it was warm and sunny [out of the wind!] on the off chance of finding something new on the wing. I wasn't to be disappointed. After visiting Clattinger for the Snakeshead Fritillaries I crossed the road to look at the southern end of Swillbrook Lakes. I must have caught it just right because, as well as literally hundreds of Large Red Damselflies emerging, I saw not one but two very teneral male Downy Emeralds!! 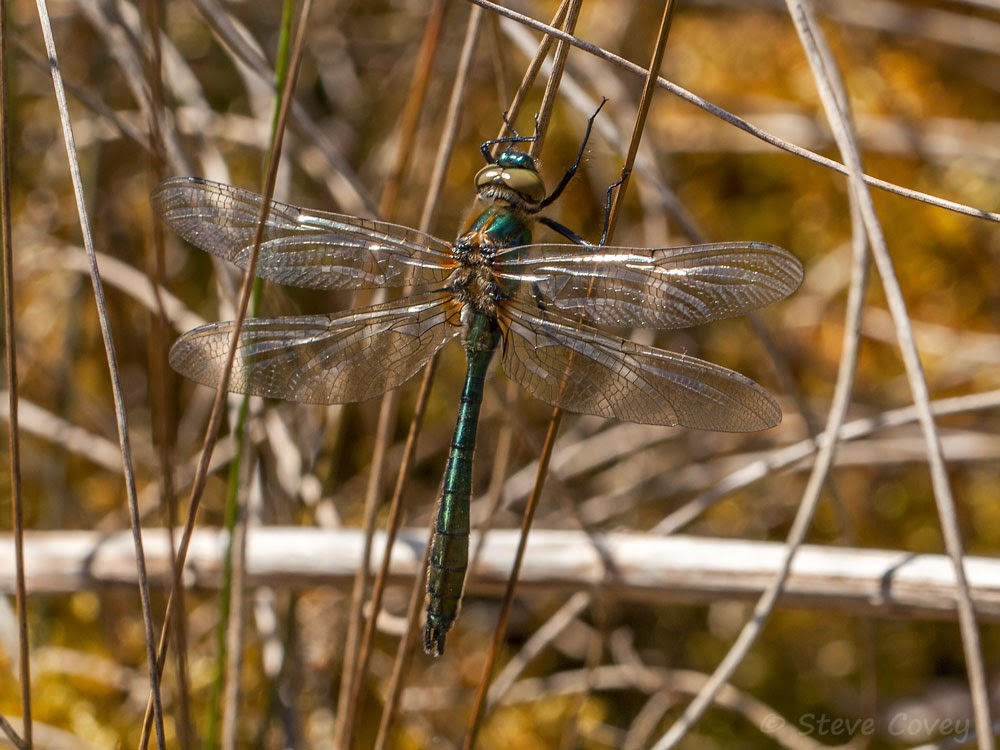 In addition I spotted a single female Azure Damselfly but she zoomed off before I could get a shot, and also a teneral male Common Blue Damselfly - which did pose briefly :o) 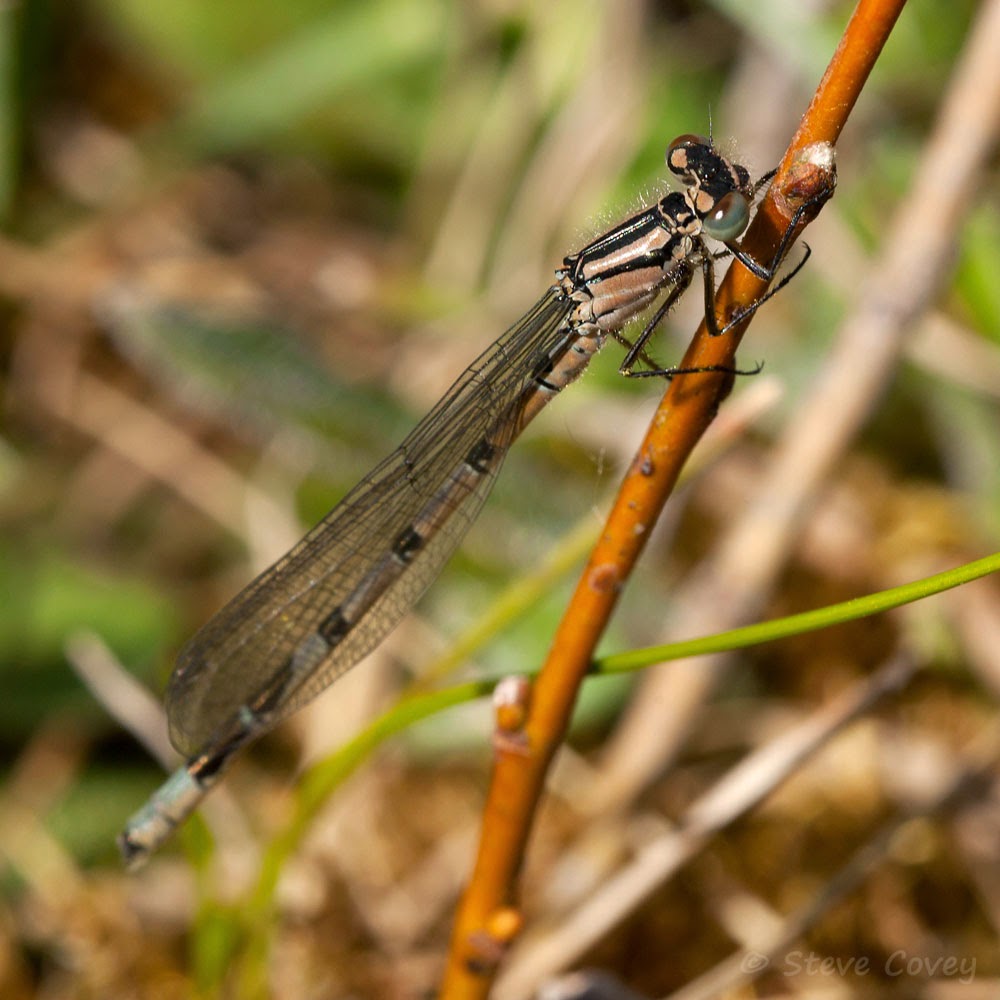 Several of the Large Reds were now fully coloured up mature individuals so have obviously been out for a while now. 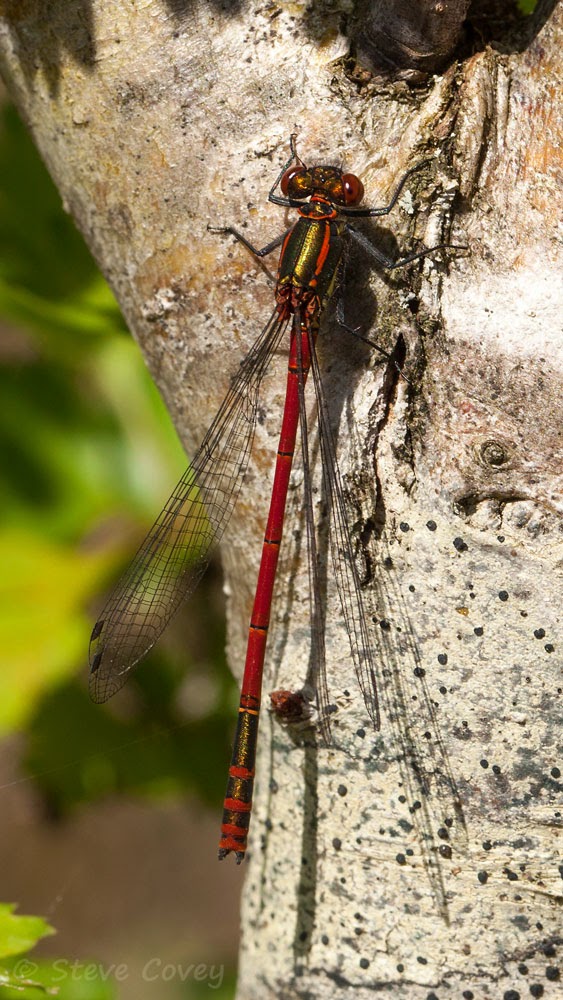 With the increased Odonata activity I was not surprised to see a Hobby hawking over the lakes! 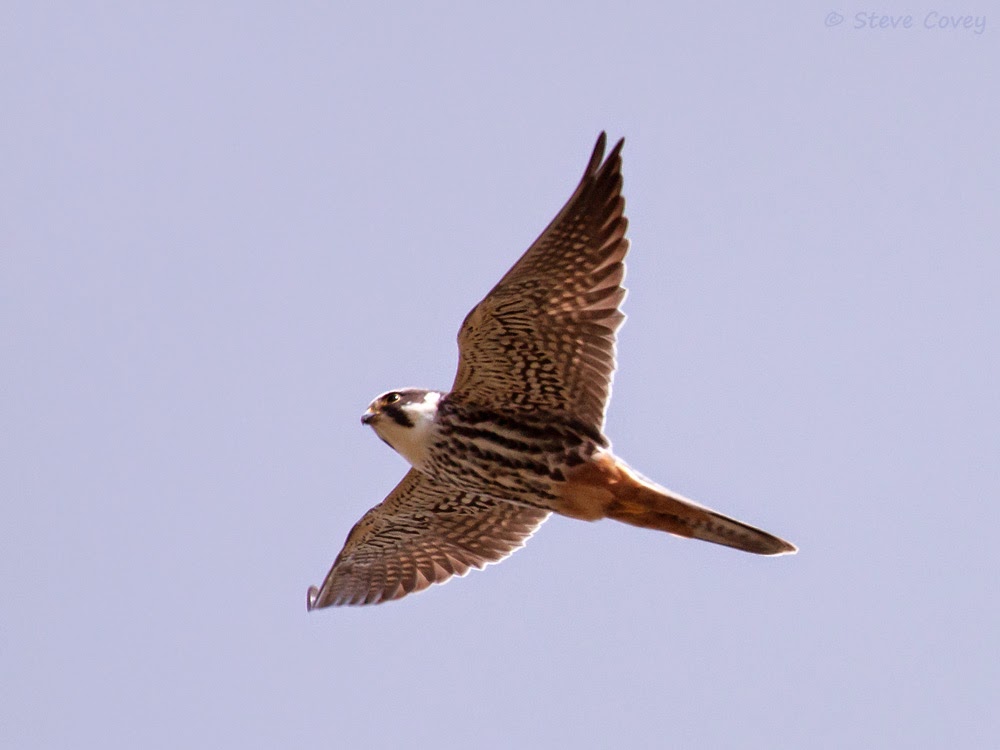 I then moved on to Lower Moor Farm which, surprisingly, yielded no Odonata at all! But as it was now late afternoon, the sun had gone in and the cold northerly wind had picked up I suppose it shouldn't have been that surprising ;o)
Posted by Steve Covey at 00:53 3 comments:

Damian revisited the pond yesterday and saw several Large Reds there, including this semi mature male.

Damian Pinguey has started the season by finding teneral Large Red Damselflies at the usual early emerger location of the pond at Chippenham near the Volvo Garage. Yesterday he disturbed one which flew up high into a hawthorn tree before he could get a shot! Today he went back and got a female just after her maiden flight :o) Well done Damian!! 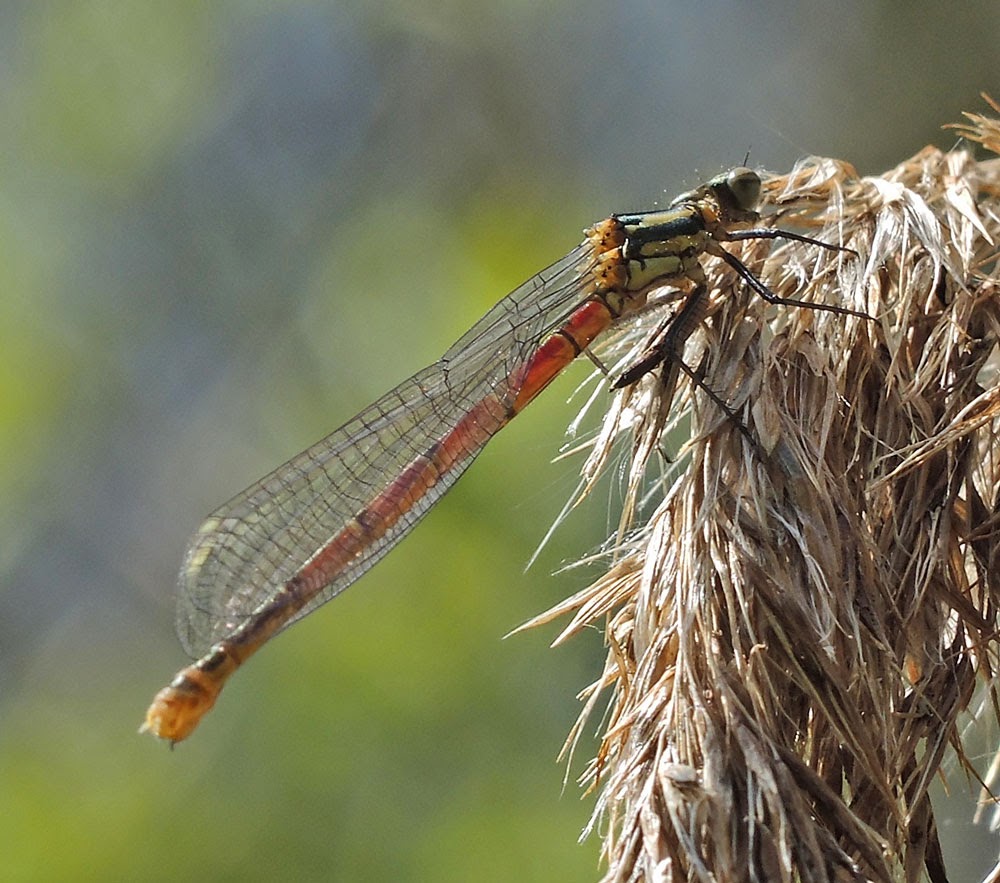 Despite the grim wet and windy weather, when the sun does come out there are still some Common Darters and Migrant Hawkers to be found in warm sheltered spots! Damian Pinguey has recently seen Common Darters at Chippenham Pond and Mortimores Wood by the Avon. 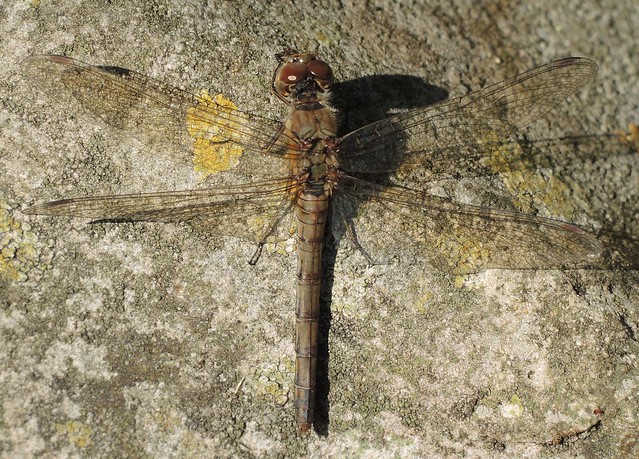 Nick Adams saw both species at Lake 26 in the CWP on 9th November and Gareth Harris had 2 Common Darters at Lake 68a/b on the same day.
Southern Hawker was still being seen on 2nd October at Cadnam Common Pond in the far SE of VC8 by Paul Winter. Derek Jenkins saw 15 Common Darters there on 9th November including 5 mating pairs!
So long as we don't get any prolonged frosts then it is possible we will still have some odonata on the wing for a week or two yet :o)
Posted by Steve Covey at 15:49 1 comment:

Steve Covey
Wiltshire, United Kingdom
I'm passionate about natural history - insects in particular. My favourites are dragonflies and damselflies [odonata] and as a result I am Wiltshire county recorder for these beauties. My other great passion is photography and I try to record everything I see wherever I go.